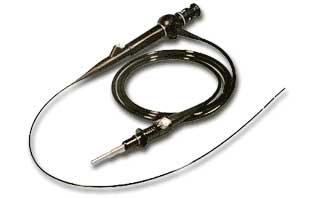 Went to see the urologist yesterday.

He had met with others involved in my case on Monday, so now it was time to learn what they had decided the next step should be.

I shall soon be back in hospital for another exploratory operation. This time it will be for a uretroscopy, so that's another scopy to add to the collection.

The cancer cells seem to be found mostly in the urine that is at the mouth of the ureter that comes from the left kidney. As a result, those in the know want to look up that ureter and into the renal calyxes to see if a tumour can be located somewhere there.

If a tumour is found, what happens next will then depend on the size of the tumour, its exact location, etc.
Posted by David at 12:39 No comments: 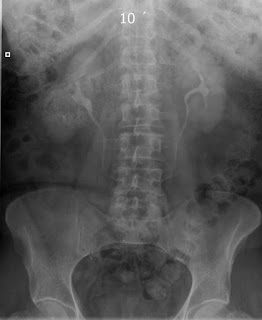 In the previous entry, I wrote that I was to have an MRI scan and a CAT scan.

It turned out that it was an MRI scan and an intravenous pyelogram (and how's about that, then? as Jimmy Savile used to say). Be honest, it sounds a lot more impressive than a CAT scan.

Well, the MRI scan took place last Thursday and the urograph (that's another fancy name for the even fancier intravenous pyelogram) was done on Tuesday. Here's just one of the several images taken.

Big deal. Nothing suspicious was found.

Problem is, where do those nasty cells (indicating neoplasm and carcinoma) come from?

Well, whatever is causing them is probably in a very early stage and simply cannot yet be easily detected. Who am I to worry? I know nothing about all this medical stuff, so instead, those that do are going to have a meeting on 27 August to decide what to do next. I think there are two possibilities:

Some time ago a tiny amount of blood was found in a sample of my urine.

A few months later, a new sample was analysed and, once again, a tiny amount of blood was discovered in it.

Dr. A. decided I should see a uroligist, so off I popped within a few days to see Dr. P.

Each analysis showed that the urine contained a tiny amount of blood.

Dr. P. decided I should have a cystoscopy. This was a simple cystoscopy, a brief day-visit to the hospital, a local anaesthetic and a flexible tube. The procedure itself was painless. The days after the procedure were not: urinating was extremely painful for several days. Anyway, no immediate cause for the presence of blood was found, but further analysis showed that there were also abnormal cells floating about in my urine.

Dr. P. decided that I should have a second cystoscopy, this time with a day-and-a-half in the hospital, full anaesthetic, and a rigid tube, in order to have a more thorough look and to take samples, including biopsies. The procedure itself was painless (I was well out of it, after all). I was taken to the operating theatre at about nine in the morning and was back in my room at about two. The 24 hours after that, however, were distinctly uncomfortable, with a rigid tube entering my bladder through my penis, and some 18 litres of chlorine solution being dripped in and drained out, providing a constant feeling of wanting to go to the toilet, with the absolute knowledge that this was impossible. I didn't sleep. The next day in the afternoon, the rigid tube was removed, a painful experience that involved some bleeding. I spent the next few days zonked out on painkillers, which helped make urinating less of a torture.

The results of the analyses were received earlier this week: no sign of a bladder tumour, no sign of tumours in the urethra, but more abnormal cells and blood found.

It seems possible that there is something wrong with one of my kidneys. Yesterday I had an MRI-scan with contrast and on Tuesday I am to have a CAT-scan, also with contrast. 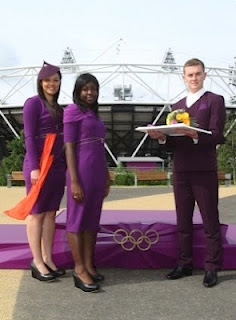 In case you hadn't noticed, the 2012 Olympic Games are currently taking place in the UK, predominently in London.

The Games used to be a highly enjoyable get-together of amateur athletes, but now they have turned into an overblown media circus, with herds of overpaid, tattoo-covered druggies trying to avoid capture whilst making as much money as possible by overacting, screaming, gesticulating strangely before the cameras, and generally drawing attention to themselves.

If that's not bad enough, there's the host nation trying to put on a more spectacular opening and closing show than the previous host nation, simply to show that they can, and at the same time milking their tax payers (over £9 billion in the UK so far).

Did you see the opening ceremony of this latest Olympics? It was a grey and dreary affair, so perhaps in that respect it did reflect well on the host nation. But what about the outfits that the medal bearers and their associates in crime have to wear? Apparenty, these uniforms were designed by students of the Royal College of Art. Well, they've failed their exams, I'm sure! The girls are decked out in a vile purple dresses (it's called "royal purple," but that comes to the same thing, of course), which are festooned with large zips, sometimes open, sometimes not, and decorated with a large flap of material in any colour that doesn't match the purple (so far I've seen yellow, blue, red, turquoise…). What the zips hide is anyone's guess and one can only speculate on the purpose of the flap: I first saw the canary yellow ones during the swimming events and assumed they were to dry the tears of the losers (or winners, for they cry, too), or to wipe splashes of pool water from the walkways to prevent slippage, or to offer a drying cloth to eager photographers whose lenses had become misted, or… well, who knows, perhaps they're simply to polish up the medals before passing them over to their winners? Whatever the purpose of the flaps, they certainly have no sartorial value. And each group of medal bods seems to be accompanied by a behatted individual. I wonder if the millinery is a nod to Carroll's Mad Hatter character, for surely only someone of questionable mentality could have come up with this throwback to the attire of the air hostesses of years gone by. Talking of years gone by, what about the suits and shirts worn by the male of the species Medal Bearer? Honestly, I thought that the Dave Clark Five had been reincarnated, for a more mid-1960s' outfit is hard to imagine?

Somebody actually sat down in a college to design these things?

Sadly, it doesn't end there. Along with the medals, the winners are given a bunch of flowers. Well, let's be honest, "bunch" is too strong a word. I have seen the offering described as a bouquet, but even that is stretching things. Posy. Yes, a small posy is perhaps an adequate description. This, too, was designed by someone, a London-based florist by the name of Jane Packer, in fact. It seems she died during the design process and, by the looks of things, the design process had not proceded very far by the time this unfortunate event took plac. Apparently, nobody bothered to continue it to its conclusion.

Also part of the medal ceremony is the victory ceremony podium on which the medal winners have to stand. It looks more like the cheap base of an overly decorated, ostentatious, middle-class wedding cake than a victory podium. This, again, was designed by students of the Royal College of Art. Another exam failure. 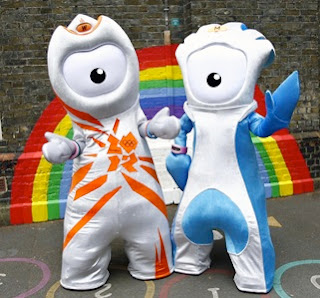 The least said about the official London Olympics mascots (yes, there are two of them, named Wenlock and Mandeville), the better. They look like a pair of mutated Tellytubbies… Anyway, here's a picture that speaks a lot more than a thousand words.
Posted by David at 14:54 No comments: