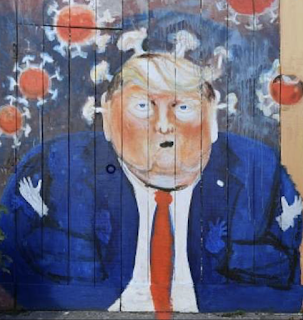 Trump initially dismissed the coronavirus problem as a little flu that would quickly blow over. Then it was something that he had full control of. Then it was something created by China. Then it was something that would be cleared up by a miracle. Then he started listening to the experts. Then he forwarded his own ideas on how to cure an infection (swallow disinfectant!). Then he stopped listening to the experts.
He still doesn't listen to them.
He messed up everything from ensuring sufficient protective clothing, ensuring sufficient testing, setting up emergency hospitals… the man even failed to present an example of responsible action during his few public appearances during the past several months.
Because of his ineptitude, 113,000 Americans (and counting) have died up to the time of this post.
Now Trump wants the USA to return to full normality.
According to the experts (yes, he's still ignoring them), this will mean that at least 100,000 more Americans will die as a resutl of the coronavirus by September.
Now, listen carefully, Donald. Here's a bit of arithmetic:
113,000 + 100,000 =213,000
Got it?
That's more than TWO HUNDRED THOUSAND deaths that you would have on your conscience, were you to possess such a thing.
Some weeks ago, I wrote a little song documenting Trump's pathetic response to the crisis. Don't expect greatness—it's the first song I've ever written. Anyway, it's called The Coronavirus Boogie:
[C]You know I just can't sing
I must have that thing
That they [G7]call the coronavirus [C]boogie
[C][G7][C]
[C]I've an ache in my head
I should stay in bed
This could [G7]be the coronavirus [C]boogie
[C]
[C7]I went to visit President Trump
[F]To ask him what to do
[Dm]He told me not to [D7]worry, son,
You've [G7]only got the flu![G7]
[C]My temperture's high
Right up to the sky
Must [G7]have the coronavirus [C]boogie
[C][G7][C]
[C]Well I'm feeling bad
And it's kind of sad
Sure to be [G7]the coronavirus [C]boogie
[C]
[C7]I went to visit President Trump
[F]To ask him what to do
[Dm]He told me not to [D7]worry, son,
We've got [G7]disinfectant for you![G7]
[C]My throat is all sore
I can't swallow no more
I don't [G7]dig the coronavirus [C]boogie
[C][G7][C]
[C]Now I've started to cough
Think I'll order a coffin—
You can [G7]dance the coronavirus [C]boogie
[C]
[C7]So don't you visit President Trump
[F]To ask him what to do
[Dm]He'll only tell you [D7]loads of lies,
And that'[G7]ll be the end of you! [G7]
[C][G7][C]
(If you're wondering about a tune, I've put a short version of the song on YouTube: you can find it here.)
The illustration at the beginning of this post shows a mural showing President Donald Trump morphing into a COVID-19 virus. It appeared in Balmy Alley, San Francisco, in early March.
Posted by David at 13:40 No comments: 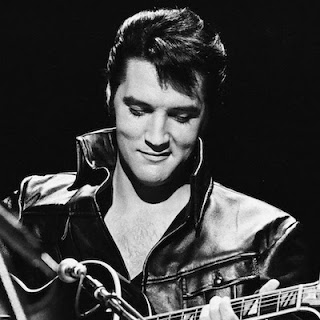 Mean anything to you?

Well, if you're more than about 45 years old, you probably know, without actually being aware of it.