It's Elise's birthday today. It would be amiss to reveal the total score, of course, but this morning I played her a small selection of appropriate music, including the dyslexic version of the Crest's 1959 hit "16 Candles," Jerry Lee Lewis's excellent "39 and Holding" (admittedly telling its tale about a man, but with a sentiment more than apt for any woman who has passed the dreaded four-oh) and the 1957 success by the Tune Weavers, "Happy Birthday Baby," the title of which is suitable for such an occasion, even if the lyrics are far less so.

Well, after that auspicious start, I continued in caring husband mode by switching on the dish-washer and making a loaf of bread, two quite separate activities, I hasten to add (it is possible to poach a salmon in a dish-washer, but I know of nobody who has yet succeded in baking a loaf of bread in one). Following a well-earned rest, during which Elise received a number of phone calls from friends in Belgium and several emailed birthday wishes, I took Elise to Hotel Laguna for a slap-up meal, which she seemed to enjoy. No doubt a visit to El Corte Inglés will soon be on the books.

Do you speak Belgian?

Elise and I come from Belgium.

Well, that's not entirely true, as I was born in Wales, where I lived for the first nine years of my life, after which I lived in England until I moved to Belgium when I was almost twenty-three. However, having then spent the next thirty-five years of my life in Belgium, before moving to Spain, I feel almost entitled to write that I, too, come from Belgium and I'm proud to be able to write it, too.

Anyway, I am amazed at how many people who, upon first meeting us, ask us if we speak Belgian. And then, when we explain that there is no such language, they seem to have great difficulty in accepting that a country called Belgium does not have a language called Belgian, as if Brazil has a language Brazilian, or Canada a language Canadian, or New Zealand perhaps New Zealandian… Admittedly, Americans speak a strange sort of English, but their language remains English, even if their accent and usage is American.

Well, Belgium is rather like that, as far as language is concerned, except that things are rather more complicated, especially for such a very small country. You see, there are three official languages in Belgium: Dutch (spoken by some 60% of the population), French (roughly 38%), and German (some 2%).

Dutch is spoken in the northern part of Belgium, in the area known as Flanders. The sort of Dutch that is spoken there, with its typical accents and usage, is often referred to as Flemish, but it really is Dutch and don't let anyone tell you different.

French is spoken in the southern part of Belgium, in the area known as Wallonia. Wallonian French has, again, its own accents and usages, but it remains French.

German is spoken in a very small part of Belgium, close to the border with Germany. This part of Belgium actually belongs to the political region that corresponds to Wallonia, but don't let this confuse you—Belgian politics, particularly when related to language borders and usage is a minefield that requires an expert in hieroglyphics to decipher and understand.

So, no, we do not speak Belgian. Our first language, at least as far as Belgium is concerned, is Dutch, though we can also get by in French (with hairs on) and German (even hairier).

Even people who have some idea of Belgium are often very confused abut its use of language. Many believe it to be a French-speaking country, whereas it is primarily Dutch- speaking, of course. In the early 1960s, one of my Geography masters explained to the class that Belgium was French-speaking, but that some uneducated, illiterate peasants still spoke a dialect called Flemish (it was the same Geography master that threw me out of the class for arguing with him that Monmouthshire was in Wales and not England). Educational nonsense was not confined to the UK side of the Channel, however: my Belgian wife, when at school at about the same time, was taught that Wales was a county in England… So much for schools.

(The photo shows the Belfort (bell tower) in Gent (Ghent) with Sint Baaf's cathedral in the background.) 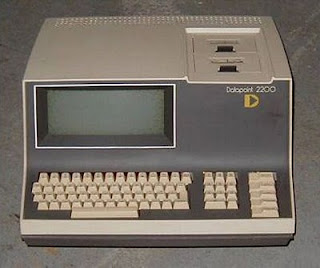