As reported previously, I had to go to the hospital on Tuesday for a procedure known as a uretroscopy. It was hoped to be able to pass through the left ureter into the left kidney and thereby perhaps find the tumour that is producing the malignant cells.

Things, however, did not go as planned.

The camera was able to enter the ureter easily enough and could be moved about half way along that tube. But then the ureter was for some reason constricted and the camera could not be moved any further, so that the kidney could not be reached. Several attempts were made, but all with no success. It was therefore decided to place a stent in the ureter. Hopefully, this will expand sufficiently to allow the camera to pass freely to the kidney at a later stage.

As a result, I shall have to return to the hospital in two to three weeks time in order to undergo the uretroscopy procedure again.

On a more positive note, the right ureter seems to be perfectly clear. Samples were again taken from that area to check for the presence of malignant cells, but that is more precautionary than anything else. Also the opening to the left ureter and the first half of that tube are clear of tumours.

In case you are wondering, the uretroscopy procedure was carried out under epidural anaesthetic. The procedure itself was therefore quite painless, though afterwards, once the anaesthetic wears off, there is a level of discomfort, as a catheter remains in place all during the night. After removal of the catheter, the pain when urinating is quite significant, though can be controlled to a certain extent with pain-killers. I also feel some discomfort in my left side, though if this is a result of the work carried out during the procedure, or because of the presence of the stent, I do not know. 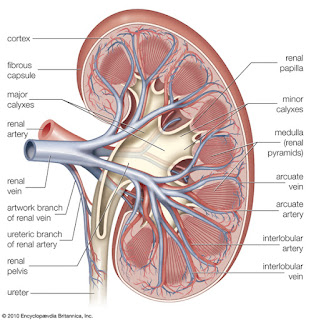 Just back from the hospital and a chat with the urologist.

The uretroscopy will take place next Tuesday evening. What exactly will happen will depend on what he sees during his visual exploration of the ureter and the kidney calyxes.

Whatever there is, as far as a tumour is concerned, it must be extremely small and in a very early stage: although malignant cells have been found in the urine on two different occasions, nothing can be seen in any of the imaging results. If nothing can be found this time, with the visual exploration, then we shall have to wait a few months, allowing the tumour to develop somewhat, and then start the process again. Perhaps then the tumour will show up on images and so can be more easily located.

Anyway, that's all speculation at the moment, and we have to see what happens on Tuesday. Should be interesting, in any case, and I have already received instructions to try to stay awake during the whole procedure, in order to be able to follow it on the sceen kindly provided for that purpose. Must remember to take a camera, too…
Posted by David at 14:23 No comments: