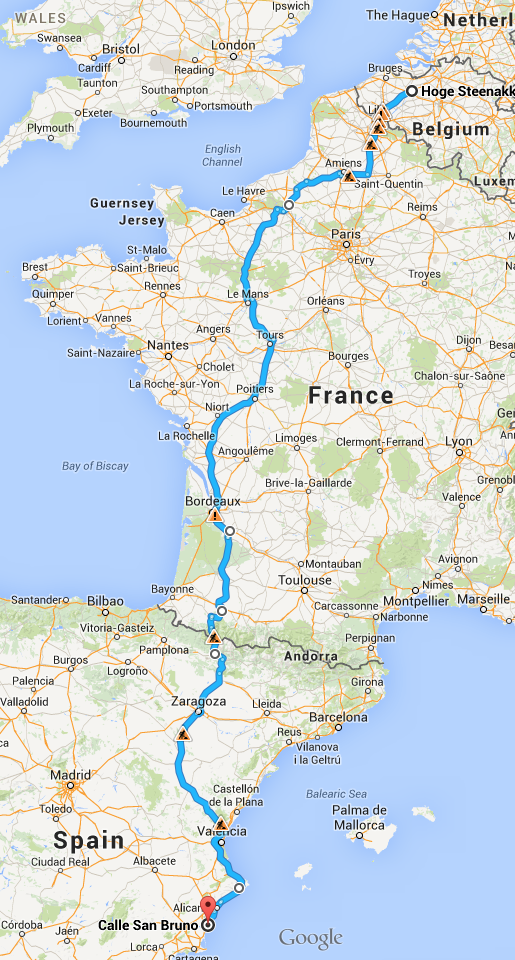 Both Elise's mother and my own died recently within six weeks of each other.

At the beginning of August, we travelled to Belgium when we learnt that Elise's mother was ill, but she died whilst we were en route.

When we were in Belgium, my mother became ill and had to be taken to hospital, where she stayed for three weeks. We remained to look after her when she was discharged and only returned to Spain when her doctor assured us that she was once more fit and well.

We arrived home in Spain late on a Tuesday evening. The following Friday at about noon, we received an email from the doctor to tell us that my mother had once again been admitted to hospital. We phoned the hospital on Saturday afternoon and I was able to have a few words with my mother, but it was clear that she was extremely week.

The next morning, 21 September, we were phoned to inform us that my mother had died.

That same afternoon we started the drive back to Belgium.

There was a lot more administrative work and clearing up to be done than was the case with Elise's mother (she had been in a home for eight years, with her financial interests looked after professionally) and it was all left to us to sort things out. In order to do so, we stayed in Belgium four weeks, returning to Spain last Saturday, 18 October.

We drove back via Poitiers and Jaca, a pleasant 3-day journey, almost traffic-free drive in beautiful weather conditions.

On arriving home the tripometer showed we had travelled 2014 Km.
Posted by David at 13:56 No comments: