As far as I know, the last time it snowed in Guardamar was in 1957. A friend, Joaquín, tells me that he was just a young boy at the time. He was playing in the street when white flakes started falling from the sky. He was so frightened by this unknown phenomenon that he ran home.

Well, now there is snow again in Guardamar!

In addition to the usual street decorations, the Christmas tree and the Belén (which this year has moved from within the town hall to the main square), Guardamar has erected a small but rather fine Christmas village in the Avenida de las Pinos, at the entrance to the Reina Sofía park, which can be found in that street.

The little village includes play areas for children, a number of elf-sized buildings, pointy-eared elves, Father Christmas’s own house, and an elevated area, where Father Christmas meets and greets more or less scared children (who, after having spoken to the Man in Red, can then leave by going down a slide!). Here, too, the children get to see and feel snow, for behind the Santa area is a snow-making machine that produces a fine fall of snow. Given the temperature here, the snow has no chance of settling, of course, but the effect is excellent and there is plenty of white foam around to at least provide the illusion of snow.

In addition to the little Christmas village, a few stalls close by provide the germination of a Christmas market. Perhaps this will grow into something more substantial in coming years. 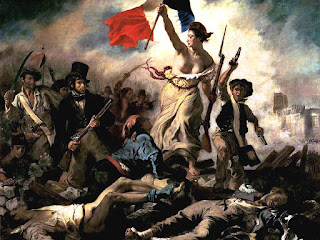 Hopefully, by the second round of the regional elections, you, les Français, will have come to your senses, and will reject all of the Front National candidates.
Posted by David at 11:31 No comments: 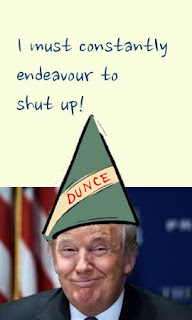 Take detention and write 500 lines, “I must constantly endeavour to shut up.”
Posted by David at 12:06 No comments: