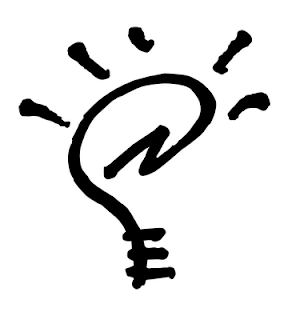 A prototype of Newton was shown to the press in May 1992 (18 BiP) by John Sculley, CEO of Apple. In August 1993 (17 BiP) the first Newton MessagePad was launched. That's a very long time ago in computing terms.

The Newton Messagepad was ahead of its time with its wireless communications ability, its approach to data handling, its intelligence, and its use of handwriting recognition, all packaged in an easily held and highly usable device. 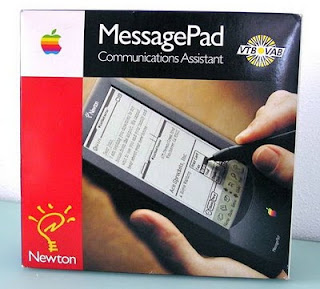 Well, to be honest, the original MessagePad was perhaps a little difficult to hold and could not really be carried easily in a pocket. Furthermore, its handwriting recognition was dodgy at best and there were other software problems, too. But Newton was something completely different, something wonderful, something you just had to have—if you could afford it—even if it did seem rather like a beta version.

The Newton operating system was highly advanced and protected the user from its inner workings almost completely. In addition, the user was basically unaware of any file system and just worked away, with the Newton itself providing exchange of data between applications, or, more precisely, between tasks.

The shortcomings of the original MessagePad 100 were addressed to some extent in the MessagePad 110, which was released in early 1994. Unfortunately, the price remained prohibitively high, but now at least third party software was beginning to arrive and the Newton platform seemed to be sound.

In late 1995, the MessagePad 120 was released, along with a new version of the Newton operating system (Newton OS 2.0). This was followed by the MessagePad 130, which included a backlit display and still more memory, providing performance improvement.

Then, in early 1997 (13 BiP), the MessagePad 2000 was released. With a much faster processor, a larger backlit screen (320x480 pixels), an extra PC card slot, as well as the ability to perform digital voice recording and to attach an external keyboard, the MP2000 seemed to be the ultimate hand-held computer. Web surfing, e-mailing, Works applications, vastly improved handwriting recognition… Who needed a laptop? 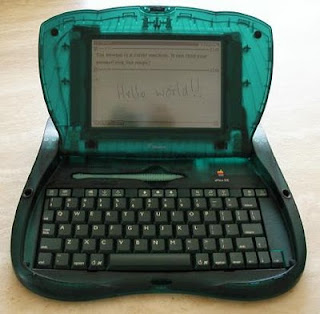 Well, Apple thought that someone did, for at the same time, Apple released a sort of clamshell version of the MessagePad, called the eMate 300 and it looked like something out of science-fiction, with its strange shape and its translucent green plastic cover. It was basically the MP2000 in a case with a built-in keyboard. The eMate was aimed primarily at the education market, but found favour in other areas, too. 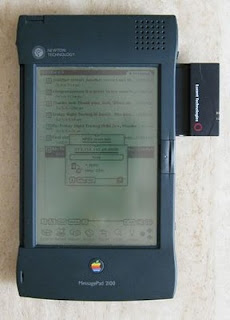 With four times the memory of the MP2000 and better networking capabilities, the MessagePad 2100 was released in late 1997. It's a sweet machine, even now.

By that time, however, Steve Jobs had been called back to Apple and he decided to kill off the Newton. Why? Nobody really knows, though Bastiens believed it was a simple business decision: cut costs and make Apple profitable again.True, Newton had been unprofitable, with huge development costs and relatively little in profits.

In any case, Apple dropped a product that was years ahead of anything else. Perhaps it was too far ahead to be fully understood by its potential customers at the time (and, indeed, most commentators seemed to have a fixation with the hand-writing recognition, while ignoring the more important aspects of usability, connectivity, data persistency…).

But Newton lives on in the hundreds, probably even thousands of users who still use the machines regularly, from the MP100 to the much loved MP2100. They are used in WiFi environments, for emailing, for everything they were originally designed for and for a lot more (for example, I and many other users have set up our Newtons to act as Web servers). Enthusiasts continue to develop software for Newton OS and even a Newton OS limitation that causes it to interpret the date wrongly from 2010 has been overcome by a recently developed patch. Search the Web and you will find plenty of sites devoted to Newton, including whole deposits of software and mines of useful information. The NewtonTalk Mailing List keeps fans informed about new developments and the more experienced members of the list are always willing to help newbies.

Newton might have been killed off in 12 BiP, but it certainly didn't die.

Now, 12 years later, a new sort of MessagePad has been announced by Apple, called the iPad. Maybe the name is a nod to the MessagePad, but that is certainly not where the similarities end. The iPad is similar in weight and size to the final incarnation of the MessagePad (iPad 242.8mm x 189.7mm, 680g.; MP2100 210.3mm x 118.7mm, 640g.) and its operating system also shields the user from the its complex innards—perhaps even more so than Newton OS. Applications are presented and activated in a very similar way, though the MessagePad used a stylus, rather than a finger, and the file system is almost as vague, though this is still a rather unclear area. The iPad is a master communicator, just as the MessagePad tried to be; advances in and convergences of technology give the iPad an advantage in that area, without a doubt. Other technological advances have provided the iPad with a dream of a colour screen and other capabilities that were clearly beyond the reach of the MessagePad in 13 BiP. Interestingly, the idea of an external keyboard has been maintained.

Strangely, the operating system of the iPad seems less intelligent than that of the MessagePad, even with the additional memory, the faster processor and the years of intervening development. Newton OS would automatically create links between, for example, a name in a calendar appointment and a name and address entry, to facilitate sending a fax.

By the time the MessagePad 2000 and 2100 came along, Newton's handwriting recognition had been improved to give a high level of accuracy (though it still had to be "trained" to achieve this). Because of this, Newton lovers are sorely disappointed that HWR is not a part of the standard features of the iPad. Indeed, the iPad is operated solely by finger "gestures," rather than with a stylus, so all input must be achieved through either a virtual keyboard (with what looks like an excellent implementation of such a keyboard) or with an optional external physical keyboard.

(The photos in this article are of some of my own Newton collection.)
Posted by David at 11:55