Bye Bye UK (if only) 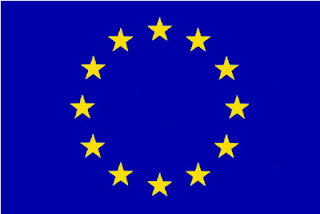 It really is time for the UK to make its mind up as far as its membership of the EU is concerned.

Ever since the UK joined the European movement in the early 1970s, it has been nothing but a whining pain where the sun doen't shine. When I worked for the EU, during the 1980s and 1990s, it was embarrassing to be British: even then the UK looked far too much at its own needs and worried too much about is "national sovereignty" instead of working for the cause of European union and advancement. Now, with the other 26 member states agreeing to relatively harsh but necessary measures to shore up the Euro, the UK has once again shown its true colours and has vetoed the agreement.

Well, UK, get out, please, just go and wallow in your petty island mentality. Sadly, of course, England will take the other countries of the UK down with itself, unless Wales, Scotland and Northern Ireland have the means, the will, and the courage, to throw off the English chains of constraint and oppression in order to go their own way as part of a United Europe.

The current crisis is, in many ways, a good thing. It offers Europe a chance to get its house in order, it highlights both the weak and the strong aspects of Europe and demonstrates the need for the member states to forget all about their ridiculous worries about sovereignty. It really is now time to stop putting the individual member states first and instead to put a united Europe first, to work towards far more harmonisation, far closer political union, and far more freedom for the citizens of Europe.

And this can be better done without the dragging anchor of the UK to slow things down.

As for other member states, they must decide either to be in Europe, or out: no half measures, no pandering to their own right-wing, nationalist elements. From now on it must be either 100% Europe or get out and go-it-alone. And if you want to be in Europe, you use the Euro.