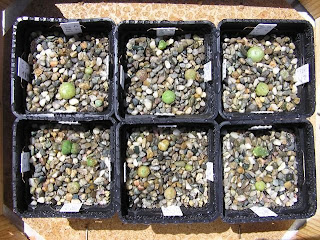 Conophytums, like Lithops, belong to the family of Mesembryanthemums, a group of unusual plants generally originating from South Africa.
Posted by David at 22:32