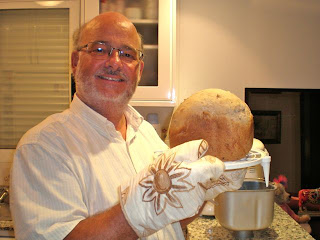 When I had an aquarium, some 30 years ago, I used to bake all our bread. I know, that sounds like a very strange juxtaposition, but I found the light-cap which was used to illuminate the aquarium made an excellent surface on which to prove the bread-dough.

Of course, in those days I needed to knead the dough by hand and this had to be repeated until the final rise was completed and the bread could be baked. Usually I baked five or six loaves at a time. The dough was made with flour freshly ground at our local windmill. I kid you not! Just up the road from where we lived in Horebeke, a small village between Oudenaarde and Zottegem, in East Flanders (Oost Vlaanderen), was a wooden windmill, called the Tissenhovemolen. Such a chance could not be missed, of course—be honest, how often have you seen the flour you use actually as grains poured into a funnel to find their way between the massive grinding millstones, all the while surrounded by the creakings and rumblings of a wonderful wooden windmill? Good flour it was, too!

We moved away from Horebeke in the mid-1990s, by which time the aquarium was long gone and the only bread we baked was made in a bread machine. It was good bread, nevertheless (or so Elise tells me; I have little time for the actual process of eating anything, let alone bread). Eventually the bread machine went the way of all modern machines and wasn't replaced as by then we lived close to a real baker—someone whose shop had a full bakery behind it and who got up at about two in the morning to have fresh bread ready for his early morning customers. I must admit that I was more interested in his Tom Poesen (large custard cream slices) than in his bread, and his eclairs were also quite exquisite.

Anyway, we're here in Spain now and the idea of a bread machine appealed to Elise again some months ago. Not that there's anything wrong with the bread that is available here: for me, the barras are perfectly good and there are more "wholesome" loaves to choose from, too. But She Who Is To Be Obeyed had decided that we should have a bread machine, so a bread machine we bought. I started with the few basic recipes that were provided in the instruction booklet, and they worked fine, but lately I have been experimenting with my own mixtures and some of these produce good results, so here's one you might wish to try if you, too, have a bread machine.

Perhaps I should first mention that the machine I use is a Moulinex Home Bread. Whatever machine you have, it is important to add the ingredients in the same order in which they are listed:


2 teaspoons of olive oil (or sunflower oil);
295 ml of liquid (I use half milk and half water);
2 teaspoons of salt;
2 teaspoons of sugar (I use dark brown sugar and tend to add a bit for luck);
125 gr plain white flour;
175 gr wholemeal flour;
200 gr strong white flour;
a handful of quite finely chopped nuts (I use walnuts, hazelnuts and pumpkin seeds);
1 teaspoon of bakers yeast (I use half a sachet of Maizena Levadura de panadería, which is equivalent to 7 gr of fresh yeast) 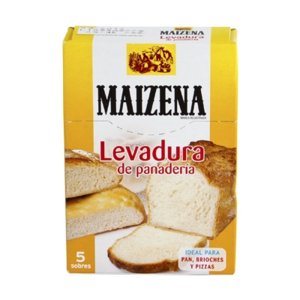 Simply put the ingredients in the machine's baking pan in the above sequence, finally sprinkling the yeast over the whole surface. I then use the programme for wholemeal bread (on our machine, that's programme 4), with the browning setting at maximum.